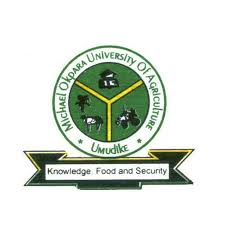 We are using this meduim to inform of all students of Michael Okpara University of Agriculture, Umudike that the Matriculation which was earlier scheduled for 13th January, 2017 has been rescheduled to hold on 10th February, 2017.

This was disclosed to a Press Officer earlier today in a telephone conversation with the Director of Public Relations, SUG Mouau ~ Comr. Kennedy Okoro.He also disclosed that due to the rescheduling of the Matriculation Exercise, 2016/2017 First Semester Exams which was previously scheduled to begin January 30th, has by adjourned till further notice.

Add Ncsarena to your Homescreen!

Add
Enable Notifications.    Ok No thanks